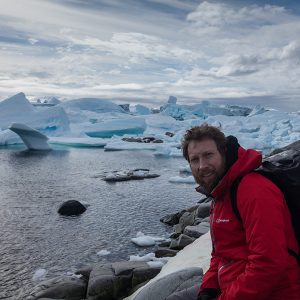 My research so far has been broadly focused on macroecology and conservation biogeography and has encompassed studies of vertebrates and plants. Most of my work has been centered on two vertebrate groups that remain largely underrepresented in the macroecological literature: amphibians and reptiles. I have been particularly interested in describing broad-scale spatial patterns in the variation of biological traits at the interspecific level to examine the validity of some well-known ‘ecogeographical rules’. This includes the investigation of Bergmann’s rule, a trend of increasing body size towards colder climates, which formed the core of my PhD thesis.

Currently, I am interested in developing a hypothesis-testing approach to study the phylogenetic niche conservatism hypothesis (PNCH) as an explanation to account for the distribution of lineages and the observed global patterns in species richness. Unifying macroevolution and macroecology – the lineage and spatial components of evolution – is a high priority for biodiversity research. However, large-scale patterns in biodiversity have typically been studied either by macroecologists, with a focus on analysis of spatial patterns, or macroevolutionists, with a major emphasis on analyses of lineage patterns and processes. Hence, PNCH has a strong potential to generate more insight into the ecological and evolutionary mechanisms determining the global distribution of biodiversity and, at the same time, may be helpful to bridge the gap between phylogeneticists and ecologists.

On the other hand, because variation in climate and land-use changes often occur over broad spatial scales, a macroecological approach can be very helpful to develop predictions on how species’ distributions may shift as a response to these factors. Therefore, macroecology has much to say in global change research as a complement to local scale analyses and experimental approaches and I also maintain an interest within this area of applied research.